A trip around Western Australia by a real estate agent turned hobby photographer and historian Greg Davis has resulted in some powerful images of hidden gems around the Collie River Valley, sparking interest from locals and travellers alike.

Greg’s eight-day trip included visits as far north as Meekatharra via Three Springs and Mt Magnet, continuing down south to Darkan and Collie and back to the coast via Harvey.

In the Collie area, Greg visited the town of Collie, including the historic railway and timber industries, Allanson, St David’s Church in the former Worsley settlement, Cardiff, Buckingham, Muja and Harris Dam.

“Collie was a nice surprise and we found so many great locations in the area,” says Greg. “I like to put a story with my photos and hopefully some historical information.

“I love the interaction between people commenting on the photos and talking about ‘the old days’,” says Greg. “A few times people have corrected my info, but I don’t mind, it’s all part of the fun.”

“In a way, I like to draw attention to these forgotten buildings and hopefully create some interest to do something about preservation and re-use for the future.”

Greg’s images of the historic Locomotive Roundhouse and sheds has renewed interest from locals for its restoration, as it is the only remaining Round House in Western Australia and has powerful architectural features. 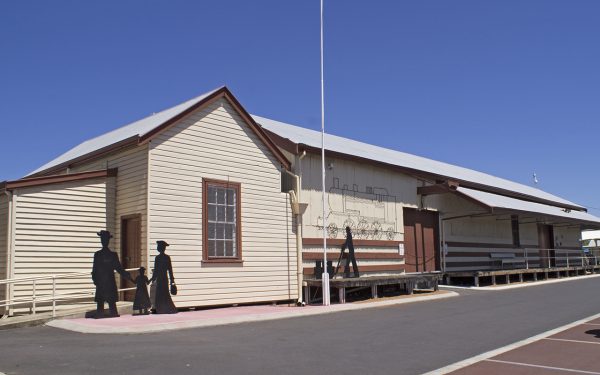